The Canadian Network for Mood and Anxiety Treatments (CANMAT) is a national organization of academic and clinical leaders in depressive, bipolar and anxiety disorders that conducts and interprets research to improve clinical care and to educate health professionals and the public. CANMAT is announcing today that its Executive Chair of over 15 years, Dr. Raymond Lam, is stepping down. Dr. Serge Beaulieu will be transitioning into the role of Executive Chair from his previous role on the Board of Directors. 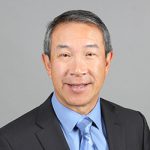 Dr. Raymond Lam has been involved in CANMAT since its inception in 1995 and has served as the Executive Chair since 2002. During his tenure, Dr. Lam led several projects that yielded widely-cited resources on best practices in the management of mood disorders. Notably, the CANMAT team has produced highly-regarded clinical guidelines on the management of major depressive disorder (MDD) and bipolar disorder (BD).

“It has been an honour to serve as CANMAT’s Executive Chair,” said Dr. Lam. “CANMAT has become internationally recognized for our expertise in mood and anxiety disorders care, and for our high-quality, high-integrity knowledge translation. We have an exciting future ahead and I look forward to actively contributing to CANMAT endeavors.” 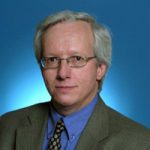 At the Douglas Mental Health University Institute, Dr. Beaulieu has been the Medical Chief of the Bipolar Disorders Clinical Program since 2001. He has also held various administrative positions, including Director of Academic Affairs (2000-2004), Director of Specialized Services (2001-2007), Medical Chief of the Mood, Anxiety and Impulsivity Disorders Program (2007-2018), Medical Director, Directorate of Clinical Activities, Knowledge Transfer and Teaching (2011-2015). He was also the recipient of the 2004 Douglas Utting Prize and the 2009 “Médecin-clinicien-enseignant”awarded by the Quebec Medical Association, which recognizes exceptional commitment of a doctor with teaching responsibility in one of the Faculties of Medicine in Quebec. He is a Board member of the community organization Revivre and received two awards in 2017 from AMIQuébec and the West Island Friends for Mental Health, two well-known community organizations in Montréal.

Dr. Beaulieu is bringing a wealth of knowledge and leadership experience to CANMAT.

“I look forward to leading CANMAT’s next chapter,” said Dr. Beaulieu. “We will see through our continued mission of providing knowledge and resources for clinicians, patients and the public, and to improving patient outcomes through the mobilization of mood disorders research.”